Brazilian Notebook: “Where the Streets Have No Names” 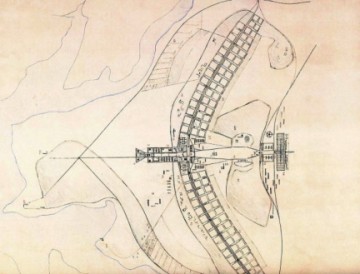 Yesterday we flew three hours southwest to arrive in Brasilia, the uber planned city that became the capital of Brazil in 1960. Before that the capital had been Rio. On the flight I tried to watch how quickly afternoon turned into night. There is no colloquialism here for “Good evening.” One goes directly from “Good afternoon” to “Good night.” “We don’t have a concept of evening,” said Maria Jose, “the sun sets so quickly.” It seemed from the plane to take about fifteen minutes. Ah, the sunset is coming. Ah, the night is here. Perhaps I fell asleep in the interim.

We’ve flown from a city of 2.5 million built brick by brick to a city of 2.5 million built with poured concrete. The idea of Brasilia was to build “fifty years of progress in five years.” The president and ministers were living in tents during construction. Candangas, migrant workers, came from the northeast to do the labor. Many of them never left and live on the outskirts now in poorer communities. This is an area in the center of the nation, an area of low mountains and dry savanna. The city is sleek, linear, modernist, elegant, and spacious. It’s disturbingly rectilinear. An experimental city. One woman joked and said, “We feel a bit like lab rats.”