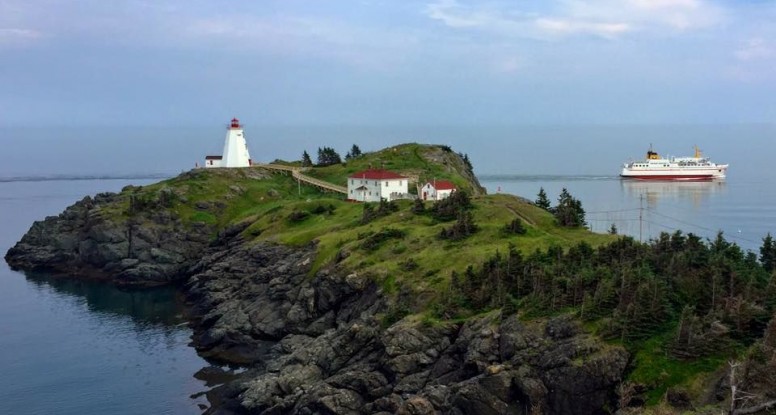 July 11, 2015
Background:
Our pilot program of Field Studies on Grand Manan has begun with Page Buono, Paco Cantu and Jan Bindas-Tenney arriving from Arizona on July 8. Supported by the Agnes Nelms Haury Program in Environment and Social Justice at the University of Arizona, the project plans to bring students from the Creative Writing Program to the island over the next five summers. They will work during a two-week stay on their own writing projects and with island youth to help them to tell their stories of coming of age in this place where sustainability of the local culture is deeply tied to the sustainability of marine life.

The goal is to spur documentary arts projects that will explore the story of Grand Manan Island (population 2500) and its 200-year history of traditional fisheries. We will explore how the arts and culture can contribute to our understanding of climate change and sustainability. Island culture is undergoing dramatic change with the decline of fish in the North Atlantic and the rise of corporate aquaculture. But climate change has also meant a boom for the lobster fishery, as lobsters move north for colder waters and new markets have developed in Asia. 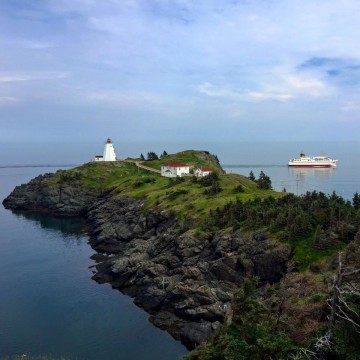 Page caught this iconic view of Swallowtail Lighthouse with the Grand Manan V rounding the bend on its way to North Head.

Day 1 and 2
We began Thursday with an early breakfast with the Grand Manan Rotary Club, where our group was joined by Carly Fleet who has been our able liaison with school and community.

Grand Manan high school teacher, chef and tour guide Robbie Griffin gave us a full day’s tour beginning with the first Anglo settlement at Bonney Brook in 1779, and running all the way from Southwest Head to Swallowtail. We were especially interested to see the new lobster tank storage facility and learn a bit about how lobsters find their way to market. We experienced true island hospitality throughout the day, but Robbie’s lunch was epic. Seafood chowder, lobster rolls and strawberry shortcake. What a welcome. Liam Watkins joined us for the day, a talented Grand Manan student (just graduated!) who had recently built himself a mahogany electric guitar. 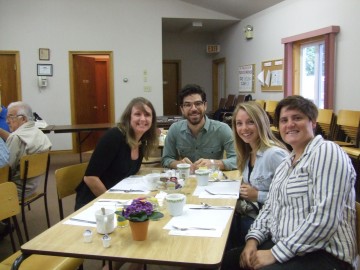 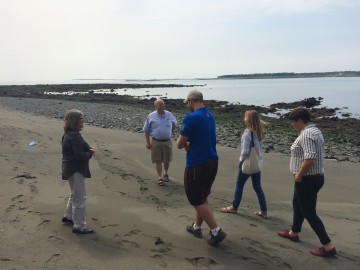 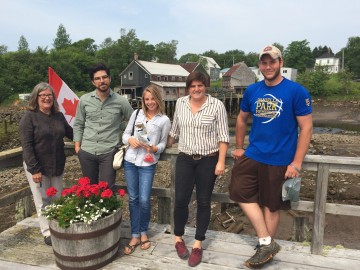 Day 2
We planned to do independent research on Friday (Paco contemplating border issues and island life, Jan exploring Dark Harbour and setting up interviews with fishermen, Page writing and making watercolors), but that plan was interrupted when I spotted from my second floor deck that the pile driver had been towed out to the herring weir known as Intruder. This was a rare opportunity for us to get out to Swallowtail and perch on the cliff above the weir to watch construction as the bottom stakes were driven into the seabed and top poles attached.

Here is the Intruder in previous summer, all strung up with twine and ready to capture herring that venture near shore.

We ended the day with a beach fire and had a chance to see Liam’s amazing guitar–well, a few of them–and hear a few tunes from him, Mackenzie Russell and Harley Cary on a warm summer evening by the sea. Writers call such moments research. It’s a tough life. 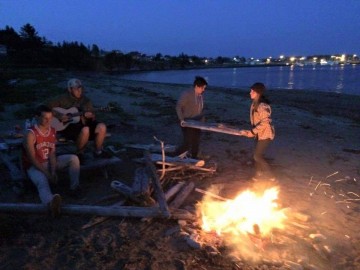