FIELD STUDIES IN WRITING POSTS FOR 2019 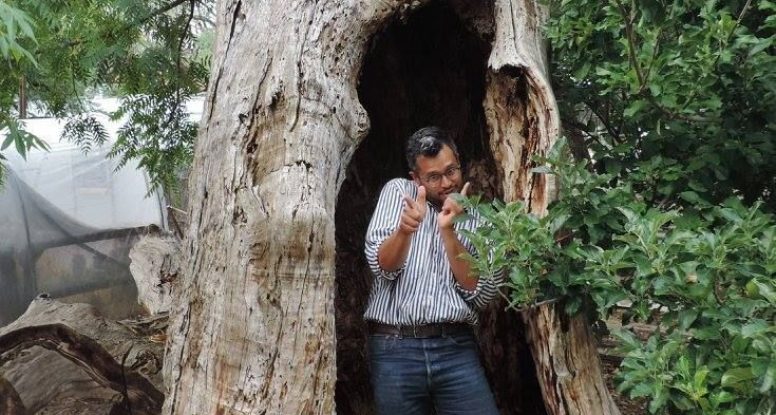 There’s a border arachnid called a vinegaroon.  It looks like a Tarantula mixed with a Scorpion. I asked the students from BECY (Borderlands Earth Care Youth) if they had seen any vinegaroons while doing their work around different Patagonian farms. They said they found four at the community center. And they gave them Disco names: Earth, Wind, Fire, and Donna Summer.

One of my favorite borderland/Tejano singers is Freddy Fender. His voice sounds like a trapped furry animal. But his songs, a mix of Mexican Country and American Country, represent a lot about the people in Patagonia, as well as in Nogales, El Paso, and other border communities.

When are you past versions of yourself?

Today we broke rocks with students from Patagonia, AZ

We also received a chainsaw usage and cleaning tutorial

Later at the Wagon Wheel, while Freddy Fender sang

Me and Abby spoke to Paco

about our PC radar and when we go back

the country folk are the people we grew up with

And the negotiations of this feeling of hats

we put on: the academic snapback/the folksy sombrero

(Are) There (are) hats we can never take off

When should you meet someone where they (   )?

When (   ) you future versions of yourself?

And these were border people

On our second day working in the fields with BECY I met a man from Nogales, Sonora by way of Oaxaca, named Primi, short for Primitivo. Summer, the owner of the farm, would go pick up Primi in Nogales and bring him to her farm to work as a hand. I talked to Primi about his family in Nogales. He has three kids, and one just graduated from college in Nogales. This was the story I’ve heard over and over and one that I’m a part of: A family coming from Mexico/Central America to work harder than most humans, so that their kids could have a better life. Primi had braces, good for him.

Si, I came to Patagonia with a project in mind

called the Border Simulator and the poemy/prose/instruction manual

I’m working on for the border simulator describes what it does, what it sees

How this connects to my time in in Patagonia?

I‘m thinking about how my time here in Patagonia

rides the line between reality and simulation

Even now, as you’re reading this, you’re simulating

near the border of the twin Nogales

A parade that simulated water fights

A parade that simulated water fights by not having any

A 4th of July that simulated a parade

Karaoke was a big part of our saturday

It was something we had looked forward to

I sang Okie From Muskogee and Rocky Racoon

Raquel is not Tina Turner or Steve Perry

but here we were simulating these voices

their songs flowing out of us

The project I’m currently working on is about simulations on the U.S.-Mexico border.

nationalism in the border simulator

In the border simulator you spend all day

with the Salvadorans who’ve crossed/made it past talk

about how hormones in pollo make gueros jotos

In the simulator dialect/intuition are immigrant

As you crossed the border you were slimmer and

with debt you think in an accent

and with death you think in accent

My work has been about the border for a long time now. When I started writing poetry I didn’t want to explicitly write about El Paso/Juarez, where I was from. I felt that other writers used stories about the border as a crutch, while at the same time I felt that my border community wasn’t progressive enough. I don’t feel that way anymore, but I still keep a discerning ear for stories that complicate standard narratives of the border. Being from there, I knew I could offer perspectives about the life and language of the borderlands because I know these people deeply, I am that community, that multiplicity of selves. I am rural person and a city person. I am a type of Freddy Fender and a Vinegaroon. 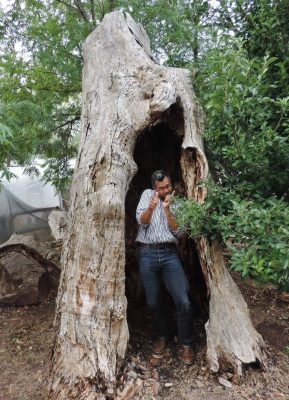